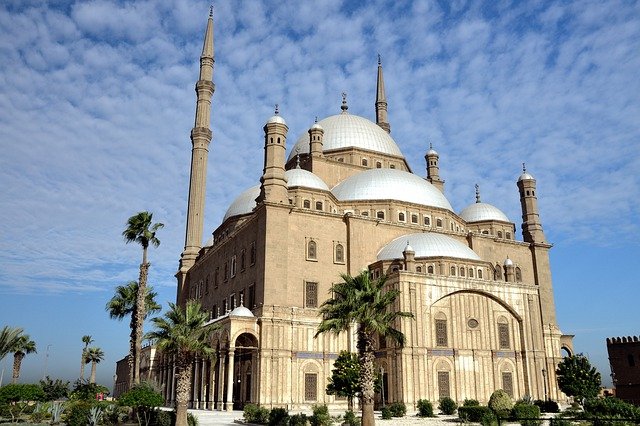 Looking at the chaotic scenes on television on the streets of Cairo, I couldn’t help but reminisce about the days I spent in the city when my father was posted there as a diplomat of the Indian Embassy. My memories of the city are happy and sweet, of a city which welcomed foreigners and opened their homes and hearts to visitors. to whoever was visiting.

It was the early seventies and we lived right opposite the Nile river. The elite University of Cairo was not too far away and I always heard good things about it from adults. Then, I did not realize how lucky I was to live across the longest river in the world. While my father never stopped emphasizing the fact that the river stretched north for approximately 4,000 miles from East Africa to the Mediterranean and that we may not ever get this chance again in our life times to live near it, my mother made sure that we visit the river daily. She would take the three of us to play on the river banks for hours every evening and if possible on weekends. I still remember the castles we built on the sands and made faces of each other as my mother chatted up with other Muslim women around though they could hardly speak each other’s language. But as we came home, my mother would ask the meaning of a few words from us as we had picked up a few Arabic words in school.

And gradually, she became friends with so many Muslim women who started visiting our house. I could see that my mother was having a nice time as she had made friends who were teaching her not only the language but the culture of Egypt. Egyptians are known for their welcoming culture to foreigners and it was all evident in our house. As we lived in a posh area of Cairo, most women were from the upper middle class who were always daintily dressed with layers of make up on. They would tell my mother where to shop for good make up, where to buy groceries, clothes, how to cook Egyptian food etc. They also warned my mother against wearing sarees (an Indian dress worn with a blouse and midriff showing) especially when going out alone or going to the old city. When we had newly moved to Cairo and had gone to explore the interesting city, a couple of men had pointed at my mother’s waist and said something, which we could gauge was not decent. However, my mother stopped wearing sarees in Egypt and took to wearing pants instead. Her friends guided her where to shop for size or get them tailored. In the seventies, Indian women never wore pants and it was considered too modernistic.
Living on the seventh floor, our windows were always open and everyday I would awaken to the cool breeze flowing from the Nile river and the gentle slaps of the sails passing below. The water from the river Nile is used for almost everything from cooking to washing and cleaning etc by the Egyptians who  reveredwho revered their river.

I enjoyed going to school in Cairo as it was so much fun and as international students just studied four subjects – Math, Science, French and English while the rest of the children had to study Geography, history, Social studies and Arabic. While the students Arabic children studied, children from embassies and other international students played soccer on the field. That was one reason that most local students were not friends with us as they were basically plain jealous of us having a nice time wheiley they slogged.

The other good thing about going to school in Egypt was that summer vacation was four months long. Maybe because of it being in the desert area, the summer in Egypt was killing but I am not sure. I remember how our parents would book cottages for weeks in Alexandria opposite the beaches and our time was spent just playing on the sands and swimming in the sea. It used to be beautiful, nice and quiet and really safe. Maybe not for sunrise, but we would be out on the beaches as the sun set. I still remember how beautiful it looked, different colours of the sun reflecting on the calm and serene waters of the sea, so far away yet so close. It was in Alexandria that I saw the most beautiful sunsets in my life and understood why the sun went down every evening.  Not once did our parents worry about leaving us alone in the cottage or when we played outside, late in the evening there was no adult watching us. Safety was never a concern.

Our visits to the Great Pyramids of Giza too are memorable as we visited the deserts every so often. One of the Seven Wonders of the world(the then), we would always wonder at the broken nose of the Pharaoh and ask our guides the stories behind it. The guides, who spoke little English, always answered our innocent questions with gusto and made sure we understood properly. One of them, who had spent hours explaining the children the story, would then ask us questions so ensure that he has not wasted his time with us. And if we didn’t meet his expectations, he would then restart his story. That was also the only time I ever had camel rides in my life. As the guide meandered his way through the desert, we would marvel at the vast hot desert lands and the pretty sites.

As I watch events unfold on television at the violence and mayhem on the streets of Cairo, I hope that one day I am able to take my children to the wonderful ancient city and relive my sweet memories.