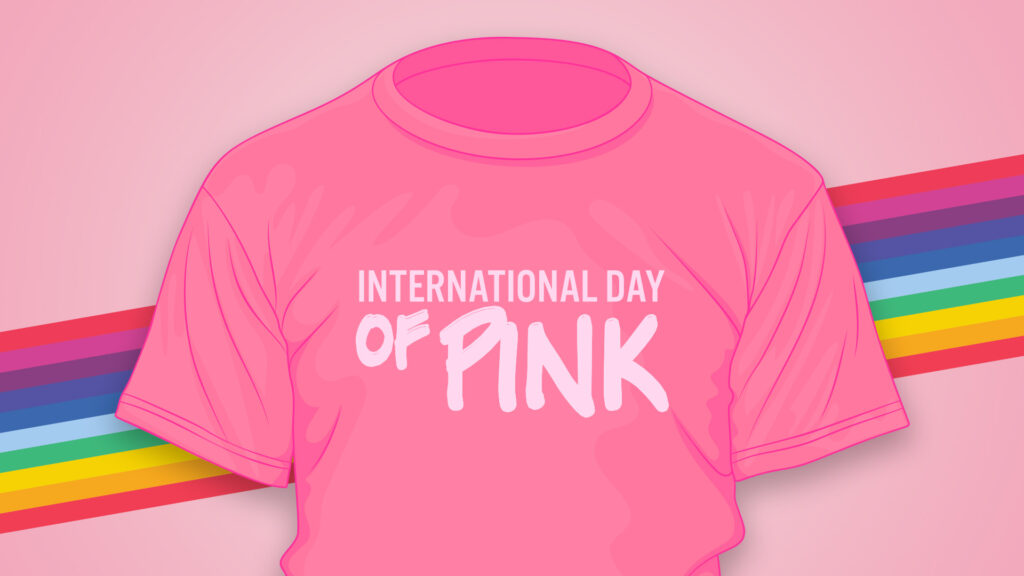 Wearing pink just one day a year does not fulfil your commitment to fight homophobia, transphobia or any other form of bullying. This year April 13 is being celebrated as International Day of Pink (2SLGBTQIA+ awareness) and we invite you on this day, to pledge, reflect and commit to creating awareness about these issues in society which plague us all – in schools, in college campuses, at workplaces, on the streets or even in transit.

A few years ago, when I was freelancing for a publication, I was asked to write an article on the issue. As I was leaving the home of a mother who had lost her son to suicide after being bullied at school, I got a call from my son’s school that he had been hurt. I rushed to his school, all the while, imagining what could have happened to him. He is not a fighter, and until now, his teachers had always told me that he always wanted to help the teachers, other students, was friendly and very outgoing. So what happened now?

Butterflies in my stomach were fluttering and my brain was speeding like a bullet train, almost ready to burst at its seams by the time I walked into the principal’s office. My son and another older child were sitting outside. The principal told me that the older child had hit my son so hard that I should take him to the doctor. The principal tried to hush the issue saying kids are always fighting and the two have been having issues for a few months. I was shocked. “Few months! Why didn’t I know about it? “Was the older child bullying my son?” I asked. “That’s a strong word,” the teacher said and tried to appease me.

While driving back, I was thinking of the events of last few months. I had seen a change in my son. He had stopped wearing his favourite shirts and sweatshirts. His lunches were coming back half eaten and he would make excuses not to go to school. I had lost the opportunity to understand my son and he had never said anything. I did notice some change, but the busy mom in me, failed to take action. He suffered his humiliation, embarrassment and anxiety alone; always keeping his emotions to himself, until one day he decided to fight back. Victims of bullying suffer their humiliation and embarrassment in silence. They suffer from low self-esteem and self-confidence. Not only children but also adults, sometimes find it difficult to deal with their situation. Bullying is about aggression, power and control. Victims of bullying today can be the bullies of tomorrow.

The 2SLGBTQIA+ community has suffered in silence from the harsh attitude of society for a long time. If you were like me, you may not always have known the difference between 2SLGBTQIA+ and LGBTQ.  I have learned that 2SLGBTQIA+ is a phrase used for Two-Spirit, lesbian, gay, bisexual, transgender, queer, intersex and asexual. The sign + stands for different ways those individuals express their gender and is inclusive of all other identities who find a home within the broader label.

This is a community which has been marginalized, and has been the target of hatred, violence and harassment. According to reports, 20% of all transgender Ontarians have been physically or sexually assaulted while 34% had been verbally threatened or harassed. Many transgender people “did not report these assaults to police; in fact 24% reported having been harassed by police” (GR Bauer & Scheim, 2015). Other research found that 73% of Two Spirit Indigenous people had experienced some form of violence due to transphobia.

An inclusive society and the strength of our cultures depends on our resolve to promote inclusivity. Societies everywhere are evolving and evolving fast. Technology plays a big role in its evolution and social institutions have a great impact on society. That is why it is important to keep our minds open, and flip our switch to move our thoughts from negative to positive or vice versa. Yes, it will take time, as old habits die hard, but it is critical work. Just try and try again.