1971: A War Story is both history and a powerful story 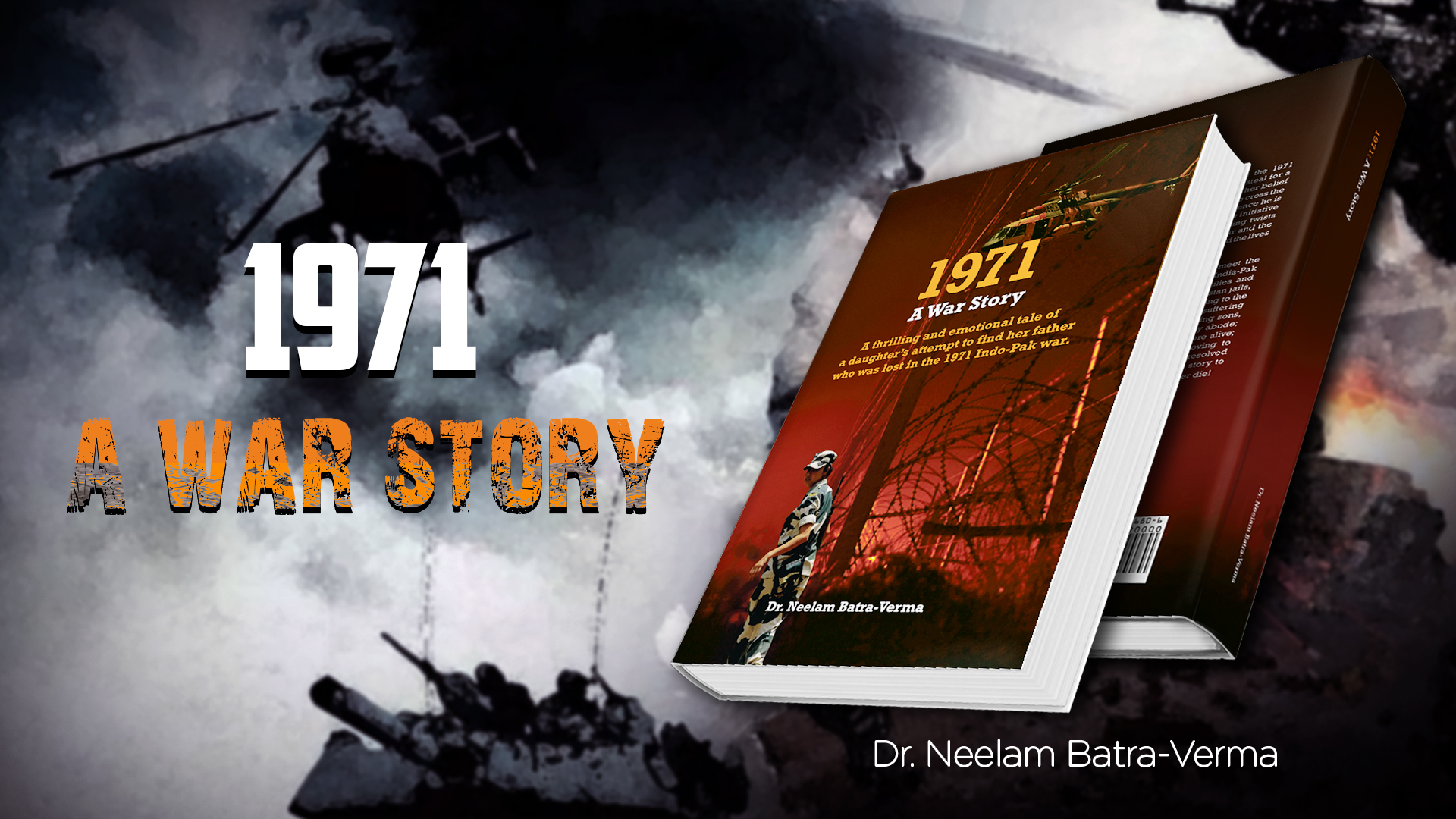 The first casualty of war is innocence, so goes the maxim. All wars fought on one pretext or the other, result in human misery. People kill people whom they do not know, several die, even more are wounded for life, and many more are left to suffer for their lifetime. War is horrendous. The horrors of war cannot be fully captured in mere words. The after-effects linger for centuries. Yet humanity can shine even during the most horrific of wars. War eventually seeps into literature, thus becoming the part and parcel of our life so that posterity can take life lessons from it. History judges war-makers and celebrates the war heroes.

It often forgets the ones who suffer the most—children, women, the old, and the incapacitated. This is what Dr. Neelam Batra-Verma’s book on Bangladesh is all about. Poignantly written and dexterously executed, 1971: A War Story is a tale of the Bangladesh War of independence, an account of a nation’s birth. The pain of its birth was felt by its women and children the most. Verma is a trained journalist and has worked in both India and Canada. The war and it’s after effects happen to be one of her favorite subjects. As a journalist, she met a lot of war victims— children, war widows, maimed soldiers. Her interactions with them come in handy in the book which is available on Amazon. Earlier too, the author penned many articles and books on this subject. But this book gives a good account of the Bangladesh war without losing track of her core subject—the misery of the common people during war. 1971: A War Story is a powerful story that not only touches your heart but also your soul.

It is about a little girl Anu, who goes to Pakistan to look for her father. Her beliefs are strong and her convictions unshakable. It looks like a history book, which it is in a sense. However, the author mixes history with a story, which makes it utterly believable. The end of the book is done exquisitely. Throughout the book, the writer gingerly takes you through the miserable lives of widows of soldiers. It also leads you to the lives of terrorists and the happenings inside Pakistani jails. The novel depicts the 1970s; one feels as if one were watching a movie as every little detail is described vividly. The novel also deals with the subject of war prisoners who are often forgotten by their respective governments. For us, they are nothing but a statistical figure. You have to read this book to understand the plight of their families. It is obvious that Verma sat down with the families to listen to their stories; it reflects in her writing. She has a keen eye; and she has done meticulous research before putting this book together. She has raised important issues like girl education and dowry. The side effects of the Green Revolution and the root cause of terrorism also figure in the novel. It’s a book that one would keep on the bookshelf for kids to understand what happened during the 1971 India Pak War.